As with all diseases and conditions, there are various stages in which an afflicted individual find themselves at.  For example, an individual who has been diagnosed with Alzheimer’s may be in the early stages of Alzheimer’s where the memory is not as badly affected.  However, if the disease has progressed significantly then the individual may have complete loss of memory and the ability to remember how to perform simple learned behaviors. 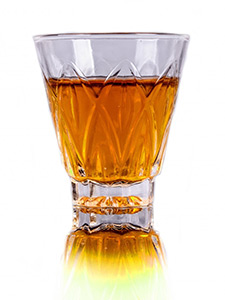 The same is true when it comes to alcoholism.  Generally those stages of alcoholism begin with alcohol abuse and then continue on to a complete dependency on alcohol.  Finally, the individual may be diagnosed with long term chronic alcoholism.  Therefore, it is important to know what acute alcoholism is and the process involved in acute alcohol withdrawal treatment.

What Is Acute Alcoholism?

In addition, the other organ that can be severely impacted by acute alcoholism is the liver.  This is because the liver is the organ of the body that metabolizes the alcohol found in the bloodstream.  That is why the severe symptom of an alcoholic can be cirrhosis of the liver.

Therefore, it is important that the individual seeks help to deal with their alcoholic problem.  Specifically, the process of acute alcoholic withdrawal treatment includes a variety of significant steps.

The first significant step in undergoing an acute alcohol withdrawal treatment process is to detoxify the body.  This is simply accomplished by depriving the body of alcohol.

Although this may sound like a simple process, it is not.  This is due to the fact that there are, like any other addictive habits, repercussions when the body is being cleansed.  Some of these symptoms associated with the detox process can include shakiness within the individual, exhibiting of anxiety, fatigue, depression nightmares, etc.  In addition, in more severe cases, the individual can experience convulsions, hallucinations, and blackouts.

Therefore, the treatment of alcohol withdrawal syndrome is to first respond to the symptoms exhibited.  Usually, the attending medical staff will monitor the individual’s physical condition as well as possibly providing a sedative to aid in the detox process.

Once the detoxification has been accomplished, then the individual is then provided treatment as part of the acute alcohol withdrawal treatment plan.  Usually, this treatment program consists of personalized therapy, group sessions, hypnosis, etc.