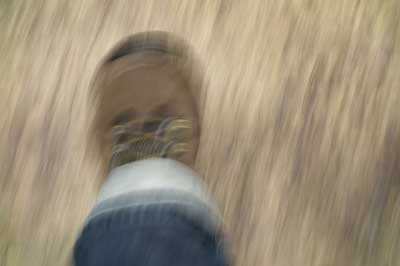 Agoraphobia is generally considered an anxiety or panic disorder, commonly referred to as the fear of traveling. This fear can range from not being able to travel a few hours away from the home, all the way down to not being able to leave your home all together.

An agoraphobia panic attack is basically an attack that occurs when an agoraphobic attempts to go beyond their “safe” boundaries.

The problem with treating an agoraphobia panic attack is that the only real way to overcome the attack is for the person to attempt to push their limits. This is the reason why many agoraphobics tend to get worse before they get better. It is easy for an agoraphobic to ignore their problem, since all they have to do is not travel beyond their limits but unfortunately while being easy to ignore, agoraphobia also tends to be the most stifling of the symptoms that can arise from chronic panic disorder.

The best thing an agoraphobic can do to stem their agoraphobia panic attacks, is to begin taking baby steps. Setting goals to overcome their attacks is the only way an agoraphobic will ever be able to finally master their fears. This process is best done with the help of family and friends, who can help you to make those steps all the while keeping the person assured of their relative safety.

It isn’t completely known what causes agoraphobic panic attacks, or why the panic attacks manifest in this form. It is suspected that many agoraphobics already had the propensity for being afraid of travel, with many of them being the type that experienced motion sickness before they ever experience panic attacks.

An Agoraphobia panic attack is particularly frustrating to the sufferer themselves. Mainly because the attack is even less rational then a standard panic attack. Why they experience a fear of traveling beyond a certain distance, or going to a certain place is unknown. But anyone of the numerous anxiety / panic disorders can take root and cause agoraphobia.

Social anxiety can lead to a fear of certain public places, especially grocery stores and other places that have a large gathering of people. On the other hand general panic disorder can cause the panic sufferer to become embarrassed of their own disorder, which leads to a fear of traveling outside and having a panic attack. It just goes to show the difficulties that are had in identifying and dealing with an agoraphobia panic attack.