Most people around the world by now have heard of the Atkins diet. It has been one of the most highly touted and highly controversial diets of our time. Those who love it have nothing but great things to say about it but those who are critical are not shy about their opposition either. The largest criticism when it comes to the Atkins, or low carb diet would be the near absence of whole grains, which are considered the cornerstone to a healthy diet by many. 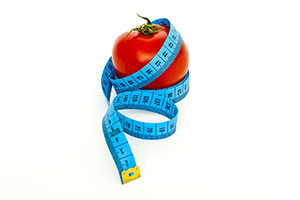 Dieting with the Atkins diet involved eliminating a large degree of carbohydrates from your diet. In the past there hasn’t been as much of an emphasis on fitness and exercise with the Atkins diet as there seems to be currently. This is good news however as an active fitness regime is as essential to successful weight loss as cutting calories and in this case cutting carbohydrates.

You should take great caution that you are getting accurate information when it comes to Atkins dieting if this is something you are considering in order to meet your fitness and weight loss needs. There is a great deal of misleading and incorrect information that is floating around out there when it comes to the Atkins diet and weight loss plan. First of all, weight loss is the direct result of burning more calories than you consume. It doesn’t matter how many or how few carbs you enjoy or deny yourself during the day if at the end of the day you’ve consumed a few thousand calories too many.

The notion that you can eat anything you want during the day as long as there are no carbs is simply incorrect. Calories still put on the pounds whether you are using the Atkins plan for weight loss or not. That being said there are some interesting insights in this diet and a good man of the foods that are eliminated are those that have the most complex sugars for the body to dispose of. For this reason there are many who have followed the honest to goodness plan to tremendous results.

If you are considering dieting with the Atkins plan you should realize that this is a lifelong commitment in order to achieve the maximum benefit of the plan. There will be lesser restrictions as you reach the maintenance phases of the plans but you are making a conscious decision to pretty much sacrifice a good deal of the carbohydrates that many of us have enjoyed throughout our lives. This is a concept that is much easier said than done over an extended period of time and especially in a society when most of us cannot commit to a mate for that long.

At any rate, dieting with the Atkins plan has produced results for a good deal of people around the world. The news of these results has made it one of the most talked about, tested, and tried systems for dieting on the planet and many people have mixed reviews. Those who love it and feel that it is effective are enthusiastic in its support though those that are honest will admit that you do feel as though you are sacrificing a good deal for the sake of your dietary needs. Those who hate it hate it, and there is nothing that is going to change their opinion. The only way to know for sure is to try for yourself.