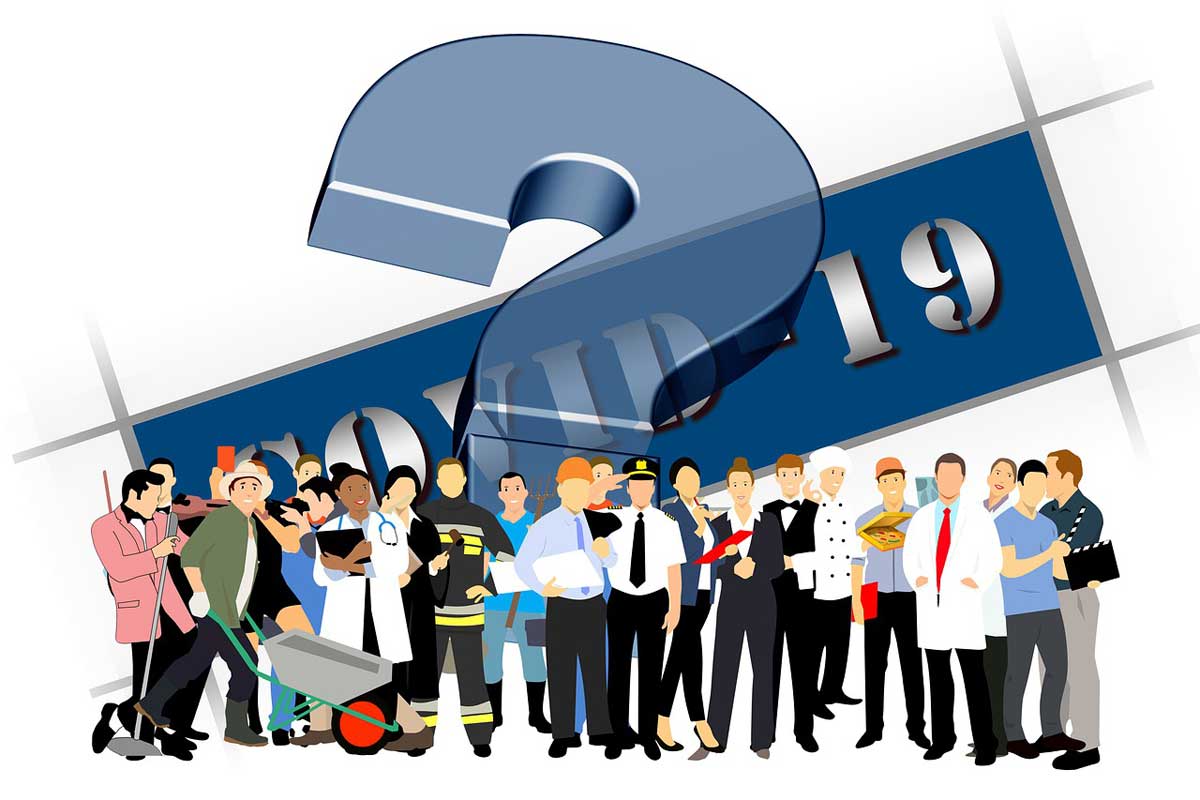 Silent spreaders are those people who are presymptomatic carriers of SARS-CoV-2 that infect others. These are people thought to be infected with the coronavirus and show no symptoms (no cough, no fever, no sign of illness) yet thought to be able to transmit the virus to others.

Despite the media scaremongering about coronavirus, silent spreaders are not isolated to SARS-CoV-2 coronavirus.  Other viruses often have many people carrying them who don’t get sick. For example, a study in the UK found that about 77 percent of people who had had the current flu strain never got sick, leading one expert to say the findings raise the concern that people with mild or asymptomatic flu infections may help spread the virus. For the norovirus, a common stomach bug, about a third of people who get it don’t become ill — but can still transmit it to others. And that number is even higher for other viruses, like polio, which only causes illness in some 5 to 10 percent of infections — but the asymptomatic carriers can still spread it to others, who might get the full-blown disease.

The scant evidence that seemingly healthy people can still infect others with the coronavirus is one of the main reasons behind the US Centers for Disease Control and Prevention’s recommendation that everyone should social distance and wear a mask in public: so that people who don’t know they have the virus don’t accidentally infect others with it.

What can we conclude from this?  While they have some suspicioins, they don’t really know scientifically whether asymptomatic people can infect others with SARS-CoV-2.

Asymptomatic people are those who carry the active virus in their body but never develop any symptoms.

60 percent of personnel aboard the aircraft carrier Theodore Roosevelt who tested positive for the coronavirus appeared healthy at the time, Reuters reported.

There have been some cases of asymptomatic carriers found by testing people who were in close contact with COVID-19 patients, according to the World Health Organization. A small clinical study from Nanjing, China, followed 24 people who tested positive but didn’t show overt symptoms at the time. These carriers were laboratory-confirmed positive for the COVID-19 virus by testing the nucleic acid of the pharyngeal swab samples (qRT-PCR tests).  As a result, none of the 24 asymptomatic cases presented any obvious symptoms while nucleic acid screening. Five cases (20.8%) developed symptoms (fever, cough, fatigue, etc.) during hospitalization. Twelve (50.0%) cases showed typical CT images of ground-glass chest and 5 (20.8%) presented stripe shadowing in the lungs. The remaining 7 (29.2%) cases showed normal CT image and had no symptoms during hospitalization. Notably, we provided evidence for transmission from anasymptomatic infector to close contacts that led to severe COVID-19 pneumonia. Their findings indicate that asymptomatic carriers can result in person-to-person trans-mission and should be considered a source of COVID-19 infection. Therefore, it is of great public health significance to strictly monitor close contacts via multiple nucleic acid screenings to contain potential outbreaks. This study is limited by the small sample size and lack of data on nucleic acid tests before the diagnosis date. Large-scale multicenter studies are needed to verify their findings.

There are few reports of laboratory-confirmed cases who are truly asymptomatic, and to date, there has been no documented asymptomatic transmission. This does not exclude the possibility that it may occur. It appears presymptomatic is a much more common category than asymptomatic.

Presymptomatic people are those who have been infected and are incubating the virus but don’t yet show symptoms.

Influenza is characterized by increased infectiousness shortly around or even before symptom onset.

Carlos del Rio, MD, professor of medicine, Division of Infectious Diseases, Emory University School of Medicine, Atlanta, Georgia, said because it’s not that people are asymptomatic but that they develop symptoms later and start transmitting the virus 24 to 48 hours before they develop symptoms. “Clearly, this plays a role in transmission,” with some studies suggesting that 6% to 12% of transmissions occur during this presymptomatic stage, he said.

According to the WHO, about 75% of people who test positive without showing symptoms turn out to be presymptomatic, displaying coughing, fatigue, fever and other signs of COVID-19 in a later follow-up exam.  People appear to be most infectious right around the time when symptoms start, said Maria Van Kerkhove, technical lead for the WHO’s Health Emergencies Programme, at an April 1 news conference. However, according to the CDC, preliminary evidence indicates the occurrence of presymptomatic transmission of SARS-CoV-2 most likely in the one to three days before they start showing symptoms, based on reports of individual cases in China.

A study in Nature Medicine of 94 confirmed Covid-19 patients found that people were most infectious right before they started to show symptoms. The researchers obtained data about people who had gotten Covid-19 as well as those who had been around them before and after they got sick. Based on this, they estimated that 44 percent of people who caught the virus from the study’s participants in settings with substantial household clustering had gotten it from people who felt healthy at the time. In other words, those in close contact with others infected for a prolonged period of time were more likely to be infected themselves.  That seems pretty consistent with other infectious diseases.

There is still much we do not know about SARS-CoV-2, and ultimately, to answer the question whether asymptomatic people can spread SARS-CoV-2 to otherwise healthy people, more studies will need to be conducted and more widespread testing will be required.

While it seems common sense to me that social distancing (isolation) and everyone wearing masks, whether surgical or makeshift, when coming into contact with others, presymptomatic transmission would likely be reduced.  The question is for me anyway, am I willing to isolate myself and wear a mask when in public in order to prevent something that is likely to happen anyway?

What We Know About The Silent Spreaders Of COVID-19
How people are spreading Covid-19 without symptoms
COVID-19: Presymptomatic or Asymptomatic?
Temporal dynamics in viral shedding and transmissibility of COVID-19