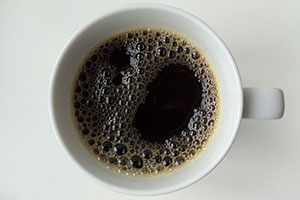 Many sober, law abiding people who would never dream of knowingly ingesting a mind- altering drug, actually consume one every day—caffeine!

Caffeine is so pervasive in our culture and in many other cultures that we often forget it is actually a drug that affects our brain. Caffeine is present in coffee, tea, many cola drinks and over the counter medications.

The most common way that most of us ingest caffeine is in the form of coffee. And some of us drink many cups of coffee in a day.

If you are one of those people who drinks a lot of coffee daily, you probably wonder what all that coffee is doing to you. Is coffee really bad for you, or is drinking coffee just a harmless vice? Can it be possible that coffee is actually good for us?

The research on coffee shows mixed results. Some studies show that drinking coffee increases the rate of heart attacks, while other studies have shown that drinking large amounts of coffee decreases the risk of diabetes.

There are nutritional advisers who claim that coffee makes us age faster, wears out our adrenal glands, and causes all sorts of untold damage to our cells.

Other researchers claim that coffee, especially if it’s freshly roasted and ground, is full of antioxidants, and therefore good for us. Most doctors say that drinking one or two cups of coffee a day is probably not harmful. And of course there are others who say we ought to avoid caffeine altogether.


.
The one thing that most researchers and most coffee drinkers agree on is that coffee can keep us awake at night and cause insomnia if we drink it late in the day.

Yet many of us drink coffee precisely because we want to boost up the activity of our brain cells, especially when we first wake up. 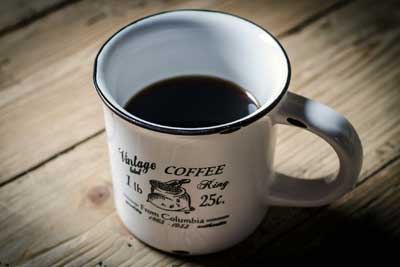 Many of us feel that we cannot really get going in the morning until we have had our first cup of coffee. We often continue to drink coffee throughout the day whenever our energy appears to be flagging and our brain seems to need additional help to think more clearly.

Does caffeine really enhance mental performance, or is that just a myth?
Yes, caffeine does give a temporary boost to brain cells. But the amount required to improve mental performance is not very high. Even half a cup of coffee will be enough to give your brain a boost that lasts several hours.

Oddly enough, more caffeine is not necessarily better. In one test done when high-level executives were given the equivalent of fourteen cups of coffee in a day, they made their decisions faster, but the decisions were not of very good quality.

Not every person reacts to caffeine in the same way. Some people experience greater mental clarity, alertness and productivity after a cup of coffee. Other people become jittery, anxious, or depressed when they drink coffee. Although caffeine will keep most of us awake if taken at night, it does not have this effect in everyone.

In some older people, coffee or tea can improve memory and alertness enough to partly offset the effects of aging.

It is true that caffeine is mildly addicting for most people. Some people can quit using caffeine with absolutely no withdrawal symptoms, while others will feel headaches, fatigue, and experience cravings for caffeine for weeks.

Caffeine works by blocking one of the neurotransmitters–adenosine—which normally tells brain cells to calm down. Brain cells that have been affected by caffeine will remain excited and on high alert for several hours.

The most noticeable negative effect of caffeine is that it can interfere with sleep. In most people, drinking coffee, tea or cola in the late afternoon or in the evening will cause insomnia.

If you are particularly affected by caffeine, you will find that the quantity and quality of your sleep will be greatly reduced. This can set off a vicious cycle, where you feel so tired all the next day that you drink a lot more coffee just to try to feel awake.

If this is happening to you, cut back on the amount of coffee you consume each day. You may experience fewer withdrawal symptoms if you cut down gradually. You may wish to substitute green tea for some of your cups of coffee. Green tea has some caffeine, but not as much as coffee.

Better yet, consider substituting exercise for some of those cups of coffee. If you can’t leave your workplace, at least get up from your chair periodically.

Do a few stretches, walk around a bit, and jump up and down a few times. Take some deep breaths. A little exercise break can revitalize your brain without giving you the caffeine jitters.

Remember that your brain won’t really benefit from more than one or two cups of coffee in a day.