In the United States, an estimated 1.5 million Americans are afflicted with Parkinson’s disease (PD), with more than 60,000 new cases diagnosed each year. While the condition usually develops after the age of 65, 40 percent of people diagnosed are under age 60. Parkinson’s disease is a chronic, progressive disorder of the central nervous system that belongs to a group of conditions called motor system disorders. It affects nearly equal numbers of men and women, with no obvious social, ethnic, economic or geographic boundaries.

There presently is no cure for the disease, and the cause is unknown.

Levodopa/carbidopa is commonly used early in the treatment of Parkinson’s disease, but as the disease progresses it becomes increasingly difficult to adequately control symptoms with this medication. In fact, Parkinson’s disease patients may experience many hours during the day in which their symptoms return as a result of medication wearing off. This wearing off is known as “off” time. 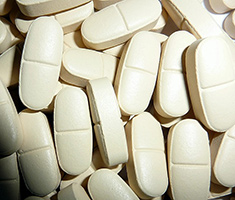 The good news is that the U.S. Food and Drug Administration (FDA) approved Zelapar® (selegiline HCl) Orally Disintegrating Tablets, a once-daily adjunct therapy for Parkinson’s disease patients being treated with levodopa/carbidopa who exhibit deterioration in the quality of their response to this therapy. Utilizing a unique orally dissolving drug delivery system, Zelapar has been shown to reduce “off” time, on average, by more than two hours per day.

Marketed by Valeant Pharmaceuticals International, Zelapar is a selective and irreversible monoamine oxidase type-B (MAO-B) inhibitor and is the first Parkinson’s disease treatment to use a novel delivery system called Zydis® Technology, which allows the oral tablets to dissolve within seconds in the mouth and deliver more active drug at a lower dose.

“Many people with Parkinson’s disease are not adequately controlled on their current treatments,” said Cheryl Waters, M.D., F.R.C.P. (C), Albert B. and Judith L. Glickman professor, Department of Neurology, Columbia University. “The unique formulation of Zelapar allows the orally disintegrating tablets to dissolve within seconds. By delivering more active drug at a lower dose, Zelapar significantly reduces ‘off’ time, giving valuable hours back to the patient.”

A new medication is providing increased benefit for Parkinson’s disease patients-helping reduce “off” time, when symptoms are not adequately controlled.

Zelapar is contraindicated in patients with a known hypersensitivity to any formulation of selegiline or any of the inactive ingredients of Zelapar. Serious, sometimes fatal reactions have been precipitated with the concomitant use of meperidine (e.g. Demerol® and other tradenames) and MAO inhibitors including selective MAO-B inhibitors. These reactions have been characterized by coma, severe hypertension or hypotension, severe respiratory depression, convulsions, malignant hyperpyrexia, excitation, peripheral vascular collapse and death. In addition, the combination of MAO inhibitors and dextromethorphan has been reported to cause brief episodes of psychosis or bizarre behavior. Severe toxicity has also been reported in patients receiving the combination of tricyclic antidepressants and conventional selegiline and selective serotonin reuptake inhibitors and conventional selegiline. Zelapar should not be administered along with other selegiline products.

Zelapar may potentiate the dopaminergic side effects of levodopa and may cause or worsen preexisting dyskinesia. Decreasing the dose of levodopa may improve this side effect.

5.2 percent of patients discontinued Zelapar therapy due to adverse events (vs. one percent with placebo). The most common adverse events reported by patients treated with Zelapar were comparable to placebo, and included: nausea (11%), dizziness (11%), pain (8%), headache (7%), insomnia (7%), rhinitis (7%), dyskinesia (6%), skin disorders (6%), stomatitis (5%), back pain (5%) and dyspepsia (5%). Zelapar should be used during pregnancy only if the potential benefit to the mother justifies the potential risk to the fetus.