Alzheimer’s disease is a form of mental disorder known as “dementia”. Dementia is a brain disorder that seriously hampers the brain’s ability to process rational or normal thought and inhibits the daily activities of its sufferers. Alzheimer’s disease, therefore, affects the part of the brain that is responsible for thought, memory, and language. 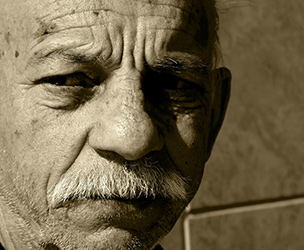 For most of history, Alzheimer’s was diagnosed in individuals aged 45-65 as they developed symptoms of dementia (presenile dementia, to be exact). The term “Alzheimer’s” began to be used in patients demonstrating symptoms of this form of dementia in later age groups as well as they began to develop the symptoms of their younger counterparts.

Changes In The Brain
There are several observable brain pattern changes that occur with Alzheimer’s disease. An anomalous protein called “amyloid beta” deposits itself outside of nerve cells in the form of “amyloids” or various types of protein fragments. Also known as “diffuse plaques”, these protein fragments form the core of more organized pieces that are known as “senile plaques” and effectively gather other proteins along the way to form a fairly large portion of proteins that accumulate in the blood vessels in the brain.

This accumulation of proteins in the blood vessels builds up and forms in the structure of filaments that diffuse atrophy and contribute to loss of neurons. Atrophy is simply known as the wasting away of a part of the body, so the brain is effectively wasting away from the mass of proteins in the cerebral cortex portion and affects various regions of the brain, gradually eating away at valuable memory portions and other areas.