Arthritis – There Are More Than 100 Different Types

Arthritis is not a single disease and there are more than 100 types to trouble humans.

Quite literally the term refers to joint inflammation. There are certain conditions in which damage is caused to the joints of the body and such a group of conditions is commonly referred to as arthritis, which is a leading cause of disability in the elderly as well as those aged over sixty-five years of age. For the past several days I’ve been experiencing what I believe to be arthritis in my wrist. It presents as a steady pain that just simply does not go away.

It can take many different forms with each type having its own cause. 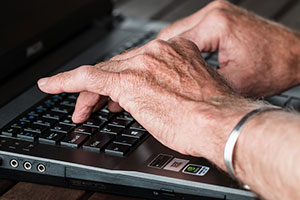 The common thread that runs through all forms are that there is much pain, though patterns of pain may differ among arthridities (people suffering from arthritis) and their location. Some of the common warning signs of this disease include pain, swelling, stiffness, and difficulty in moving one or more joints. When some or any one of these symptoms persist for two weeks or more, it is necessary to consult a doctor for diagnosis and early treatment.

Osteoarthritis, for example, can feature pain that is worst at night, or following a period of rest. Rheumatoid arthritis will generally cause most pain in the morning and in its early stages. In the elderly as well as in children, pain may not be most pronounced; rather, there is inhibited movement or affected limbs may refuse to function.

Among the different types of arthritis are osteoarthritis, rheumatoid, septic, gout as well as psedudogout, juvenile arthritis and Still’s disease as well as Ankylosing spondylitis. The options for treating arthritis vary, depending on the type of arthritis, medications as well as arthroplasty. As a last resort, allopathic doctors may even try out prosthetic joint replacement, which is claimed to be highly effective and almost all patients are satisfied with its results.

Arthritis Pain Can Be Unbearable and Debilitating

Seven Ways On How To Sleep Better Amid Joint Pain