Oftentimes the first thing that comes to mind when a person sees an autistic kid is uncertainty. There is uncertainty about the child’s future, uncertainty about having a successful life, and uncertainty of survival in the real world. These uncertainties breed fear among parents with autistic kids. They fear the day when they have to go and leave their kids to be on their own totally unprepared and incapable of doing regular things. These are the things concerning autism that parents usually fear. Nevertheless, there is much to autism than just having uncertainties and fears. There are better things in store for autistic kids if their parents know more about autism and its management. Not because the child has autism means that the child should stop living a normal and productive life.

Causes of Autism: Genes or Virus

Three decades ago, autism affected one in 10,000 children. Today, autism is estimated to afflict as many as one in 50.

For a very long time, it was thought that the main and only cause of autism is genetics. It was assumed that the only mode of transmission is through a genetic code passed by the parents to their child. Many researchers and scientists said that the major cause of the disorder is the presence of genes with a very rare mutation that causes abnormalities in the cognitive development of a person. However, after years of study, research unraveled a virus causing the mutation of the genes. The said virus can be found in either the father or the mother of the child. Vaccines are now being formulated to fight the said virus.

There is a growing body of evidence suggesting that environmental factors could play a much larger role.  Recent research also reveals that increases in autistic disorder correspond with the introduction of vaccines using human fetal cell lines and retroviral contaminants.

As of today, no scientifically acclaimed treatment can fully snuff out autism. The treatments merely touch on the management of the symptoms of autism. Though there are researches being done to find treatment for this disorder, there are still a lot of tests needed to validate the effectiveness of the proposed treatments. As of now, the standard treatments are physical therapy, speech therapy, and medication for certain symptoms.

Since autistic children exhibit poor motor skills such as repetitive and restricted behavior, physical therapy is done to help stabilize proper motion as well as body movement and coordination. Further, autism tends to have a big impact on the speech capability of a person. Thus, speech therapy is essential to correct the problem if not to enhance the language and communication skills of the person. This is done so that the person can socially interact with other people through the means of communication. Another treatment is the administration of drugs for certain symptoms by authorized physicians. After the standard assessments and examination, the patient can be prescribed proper medication for the symptoms of the disorder like anxiety and depression which are typical symptoms of autism. 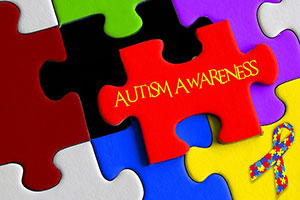 These treatments are not really designed to cure autism, but merely to manage it. However, researches are ongoing and some aspects look to be promising. Early treatment and diagnosis still remains to be a parent’s best hope as early diagnosis and treatment can greatly improve the chance of the patient to have a normal and more productive life. With early treatment, the damaging effects on the brain can be contained or prevented from further progressing.

If science fails, there remains ways for parents to better manage the disorder. Besides, positive attitude is important to help one’s child to learn to live with it. People must not lose hope and become depressed when certain irrevocable things happen. Instead people can work on what life has to offer; take things in stride and do what’s best under a given situation. People should also feel the same way about autism.

Producer of Movie Exposing Link between Vaccines And Autism Is Banned from Australia
Autism – Facts, Causes and Prevention | Mercola.com
Trump: I’m In Favor of Vaccines, But Dosage and Time Has Link to Autism