What are free radicals? Why are they damaging to the human body? And how does vitamin E and the other antioxidant nutrients help protect the body against free radical damage?

In this article, we will attempt to answer all your questions about antioxidant and free radicals, plus help you understand why it is so important to include rich sources of antioxidant nutrients in your daily diet.

A Little Background on Chemical Bonding 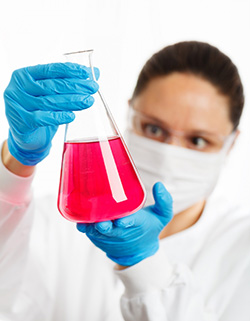 When talking about antioxidant and free radicals, we can’t help but touch a little on biochemistry. You probably remember from your old high school days that the human body is composed of many different cells and each cell is composed of many different molecules. Molecules consist of one or more atoms of one or more elements joined together by chemical bonds.

A typical atom is comprised of a nucleus – neutrons, protons, and electrons. Electrons are those negatively charged particles that orbit the cluster of protons in an atom. When there are eight electrons in an orbit, it means that that particular orbit (or shell as it is called) is full which further means the atom is stable. Stable atoms tend not to enter into chemical reactions. Because atoms seek to reach a state of maximum stability, an atom will try to fill its shell with electrons by:

The free radicals are formed when weak bonds between atoms are split. Free radicals contain an odd, unpaired electron which causes them to be very unstable and react quickly with other compounds. Because it is the nature of free radicals, which is basically an atom with an unpaired electron, to achieve stability, they will try to do so by capturing the needed electron from other molecules. When the free radicals steal electrons from a stable molecule, that molecule will become a free radical itself, beginning a chain reaction. Once the process of free radicals formation is started, it can cascade, finally resulting in the disruption of a living cell.