Genetic and Environmental Causes of Autism

It has been a never-ending debate on what are the causes of autism; whether it is heritable or environmental. A lot of research and studies tend to lean towards the heritability factor, thus heritability is over emphasized, and the environmental factors are underestimated. To be able to more clearly understand what are the possible causes of autism here are some points of view to consider.

The Role of Genetics 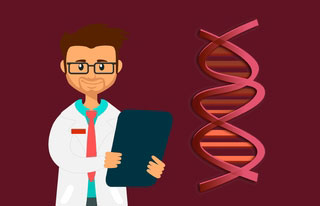 Genetic factors are usually the prime suspect for this type of neural disorder. Research shows that 90% of autistic children have links in their genetic code. The genetics of autism is a very multifaceted topic since linkage analysis has been uncertain and fluctuating. There is no definite code that is described to be the autism code in genes.

The risk factors for kids to have leads in their genetic code of autism include parental characteristic like advanced paternal or maternal age. In other words, when a couple who is in their advanced years bear a child there is a very high risk that their child will have autism. The risk is even greater when the father of the child is older. The explanation to this theory is that the sperm of the male has greater mutation risks. Males also tend to be more affected by autism than females.

Though this factor is totally underestimated as being a potential cause of autism there are researchers and specialists who still regard his as one of the causes of autism.

• Just like in genetics, one environmental factor or one controllable factor is the age of the parents upon conception of the baby.

• Another environmental factor is if the mother has diabetes during pregnancy and does not get special help or treatment. This is another probable cause of autism.

• The most controversial environmental factor that can cause kids to have autism is if the mother used psychiatric drugs during pregnancy. This predisposes the baby to have autism upon birth. This disorder is usually linked with birth defects that can be developed with eight weeks after birth.

• Another environmental cause is infection. Women heavy with a child must never be exposed to infective or pathogenic bacteria and viruses especially rubella or cytomegalovirus. These pathogens may affect the immune system of the mother that can in turn affect the child to develop autism.

• Although there is little scientific proof, there is still some chance that an environmental agent such as teratogens, which cause birth defects, can cause autism. All recognized teratogens seem to act during the first eight weeks from conception.

• One of the most controversial, yet under studied cause is exposure to different substances like heavy metals and mercury poisoning as well as drugs, pesticides, alcohol and nicotine.

• Children after being born who are exposed to forms of heavy metal, vaccination shots, infection and viruses, certain types of food or drugs usually show symptoms of poor or weak language and motor skills, repetitive behavior and other symptoms of autism.

Autism has gained so much attention in the past years and is continuously being studied to this day. Therefore, there is still hope for autistic children to have a brighter and much more normal future as the causes of autism are slowly being revealed. With technological advancements, finding cure to many life-threatening disorders is not too remote if the perfect treatment for autism is discovered in the very near future.