Medications and Treatments for Diabetes

What is sad about people who are suffering from diabetes is that many of them remain undiagnosed mainly because of lack of knowledge about the disease and lack of resources to even visit a doctor and know their real condition. In fact, more often than not, “diabetics” or the people who are suffering from diabetes only know about their condition once their bodies exhibit signs and symptoms that can no longer be ignored. These include extreme blurring of vision, excruciating pains especially in the legs, and cuts or sores that takes time to heal and worse, wounds that don’t heal at all and needs to amputate to avoid other affected cells from spreading to other parts of the body. 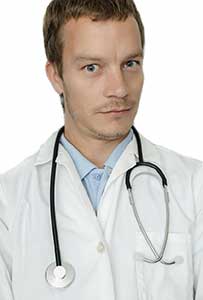 Since diabetes is a chronic disease, people who are suffering from it should be more vigilant about their health more than ever. It means that they should visit their doctors more often, maintain a healthy lifestyle and take the necessary medications or undergo needed treatments for them to stay healthy.

Before taking in any medication or undergoing a specific treatment, it is a must that person knows what type of diabetes he or she is suffering from. Basically, there are three types of diabetes:

1. Insulin shots.
Since insufficient insulin levels in the body cause diabetes, insulin itself can solve the problem. For diabetics, insulin is very important because it lowers the blood sugar in the body by moving the sugar from the person’s blood into the cells. Insulin should be taken at least two times daily to ensure that there will be stable blood sugar control. It should be taken at least 30 minutes before each meal or should be taken before one eats especially if she or he takes a fast effecting type.