Most diabetics have either Type I or Type II Diabetes. Generally, when a person is diagnosed with Type II diabetes, they are generally adults. Many people develop Type II Diabetes later in life after experiencing certain symptoms. 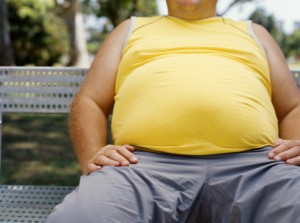 Diabetics have a difficult type processing certain foods, such as sugars and starches, into their digestive system.

Certain signs of diabetes include frequent urination, increased thirst and desire for fluids and may also include an increased appetite. In many cases, a person with Type II diabetes feels generally unwell but cannot figure out what is wrong. Symptoms can mirror the flu or other illnesses. If you are experiencing frequent thirst, excessive urination and a substantially increased appetite, have yourself checked out for diabetes.

Fatigue is also a symptom of diabetes and Type I Diabetes may cause loss of weight, despite increased eating. The reason for the symptoms is because of the glucose concentration in the blood, also called glycemia. Because the glucose concentration is raised beyond the allowed threshold, glucose remains in the urine, causes more pressure and more frequent urination. When uncontrolled, diabetes can cause kidney damage.

Some patients with Type I diabetes present with nausea, abdominal pain and an comatose state. Diabetic ketoacidosis is another term for a diabetic coma which can result when diabetes is undiagnosed or uncontrolled. A diabetic coma can result in death.

Most people with diabetes have too much sugar in their blood. There is another type of diabetes, however, called Hypoglycemia, in which the patient has a lower than normal amount of glucose in the blood. This can result in a variety of symptoms including fainting, feeling poorly, impairment of functioning and even coma.

If you have symptoms of diabetes, you should check your blood sugar level with your doctor. Although more definitive tests are needed to properly diagnose diabetes, high or low blood sugar can be an indicator that you should see your doctor to determine the cause of the abnormal blood glucose.

Symptoms of diabetes can be frightening, but are easily controlled. If you feel that you have any of the above listed symptoms, do not be afraid to see your physician. Diabetes, although seemingly scary, is easily controlled. Physicians know more about diabetes now than ever before and there are many effective medications on the market to keep your disease under control.