How To Find The Cause For Female Infertility

Coming up with a cause of female infertility is a little like “taking a stab in the dark.” In most cases, there is nothing to really worry about with conception eventually taking place however, the stress caused during the “establishment of a cause stage” can have some dramatic effects on those women experiencing it. 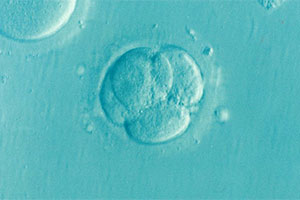 So what are the possible causes of female infertility? The reproductive system in a woman is extremely complex and just one minor issue can cause problems. Conception is only possible when all factors are working in unison. It almost needs to be perfect.It’s when everything seems to be perfect and conception still doesn’t occur has both patients and doctors baffled.

Lets take a look at some of the reasons infertility can be an issue for women:

– There is a suggestion a woman’s body structure can be an issue. For example, a woman who is small in stature could have issues with pelvis formation which could lead to issues with the reproductive system.

– Issues such as blockages could arise from certain deficiencies within a woman’s anatomy. These in many cases are unknown until thorough testing is performed. Issues such as fibroid uterus and cervical cancer are serious but when analyzing why conception isn’t occurring, they all need to be investigated.

– Cervical mucus is another issue which has gained prominence recently. Talk to your doctor about this.

– Other issues could be related to the fallopian tubes being blocked. When blocked, the egg is prevented from making it’s migration to the womb.

Are these all cause of female infertility? Each section has a vital role in the conception stage and if one is having issues then it can easily throw the entire system out of balance. The good news is that in most cases, when the issue is detected, it can be rectified and in time, a healthy child can be conceived.

In percentage terms, the number of women affected by this is relatively small.

Some Facts on Male Vasectomy