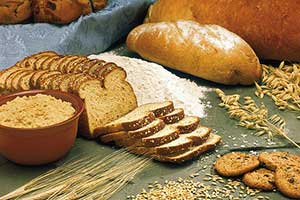 Celiac disease is a condition brought about by the accumulation of gluten. Gluten is protein present in bread, pasta, cookies, crust and other food that is made out of wheat, barley or rye. Oats also contain the protein gluten. There are many controversies surrounding oats and celiac disease.

A person with celiac disease experiences vitamin deficiencies with the brain, nervous system, bones, liver and other vital organs and other illnesses. What happens is that the person with celiac disease who eats foods with the protein gluten experiences an immune reaction in the small intestine. This may lead to small intestine damage and malabsoption of certain vitamins and nutrients from the food. There is no cure for celiac disease but people inflicted with this manage their disease by removing gluten from their diet.

It was once believed that celiac disease is a relatively rare disorder, it is now thought to affect about one in 250 people worldwide. To manage their disease, patients with celiac disorder is advised to have a gluten-free diet, oats is one of the food that they take out of their list.

But there has been debates if it is acceptable for celiac disease patients to eat oats, since oat proteins are not the same as those in wheat, barley and rye. Even so, oats were believed to have toxic effects with people who are inflicted with this disorder that is why they are advised to avoid them.

Now, there are some celiac disease societies and medical centers who are advising their patients to eat limited amounts of oats which is said to even provide beneficial effects to them. There are studies with adults and children citing majority of patients with celiac disease who could tolerated limited amounts of oats. When they consumed no more than about half to three quarters of a cup of rolled dry oats per day for adults and a quarter of a cup per day for children, there were no abdominal symptoms. (Lapid, Nancy; Are Oats Safe for Patients with Celiac Disease?)

In an article written by Jefferson Adams entitled “Effects of Various Kinds of Oats on Celiac Disease”, he cited different kinds of study conducted by different groups of scientists and doctors about the relation of oats to celiac disease.

According to Adams, there were a team of Italian and Australian doctors who conducted tests on three kinds of oats: the avenins of the Italian variety Astra , the Australian variety Mortlook and the Austrlian Lampton variety. In the study conducted it showed that Lampton is much safer than either the Astra or Mortlock.

However, even if the Lampton variety is still safer it still has to be processes in a contamination free facility that tests oats if they are gluten free. For oat products to be considered gluten-free, they may show less than 220ppm of gliadin.

Even if there are patients who respond well to oats, there are still a small number of patients who could not tolerate oats. Even oats with low gluten content like the Lampton variety. With these patients, a protein in oats called avenin triggered an immune response similar to gluten. There was no way to tell in advance which patients would be sensitive to avenins.

New celiac disease patients are not advised to eat oats until their symptoms or disease in under control. Patients who are eating oats are still advised to see their doctor regularly to monitor any abnormalities or symptoms. Besides, patients with celiac disease are still to consume oats that are pure, uncontaminated and gluten-free. Oats and celiac disease can still dance together.

Some Basic Information about Celiac Disease and Gluten-free Food