Scotland to Ban GMO Crops – And for Good Reason 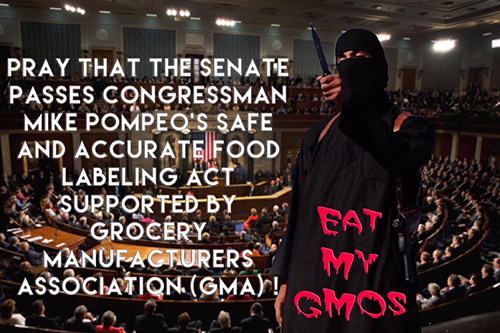 Scotland announced yesterday that it will ban GM crops from being grown on its territory to protect its “clean and green brand,” and because of a lack of evidence showing that Scottish consumers want GM products.

On Sunday, Richard Lochhead, the Scottish government’s minister for the environment, food and rural affairs, said he would jump on the opportunity to ban GM crops created by the EU’s rules allowing countries to opt out of growing EU-authorized GM crops.

“Scotland is known around the world for our beautiful natural environment – and banning growing genetically modified crops will protect and further enhance our clean, green status,” Lochhead said in a statement.

“There is no evidence of significant demand for GM products by Scottish consumers and I am concerned that allowing GM crops to be grown in Scotland would damage our clean and green brand, thereby gambling with the future of our 14 billion-pound ($22 billion) food and drink sector.”

In Scotland, there has been a long-standing moratorium on planting GM crops. The move will allow the Scottish National Party to further distance itself from the U.K. government.

In London, the push to allow the commercial cultivation of GM crops in England is powered by the support of agribusiness, scientific bodies, and the National Farmers Union. James Hutton Institute and the Rowett Institute of Nutrition and Health have taken a leading role in GM research.

The Scottish government’s former chief scientific officer, Dame Anne Glover, who became the European commission’s chief scientific adviser before the position was abolished, is a staunch supporter of GM crops. Consumers and environmental groups, however, fiercely object to planting more of the altered crops.

Lochhead says he made the decision to ban GM crops over concern about the potential risks to other crops and wildlife. He ultimately decided that the risks associated with GMOs far outweighed the purported benefits.

“The Scottish government has long-standing concerns about GM crops – concerns that are shared by other European countries and consumers, and which should not be dismissed lightly,” he added. “I firmly believe that GM policy in Scotland should be guided by what’s best for our economy and our own agricultural sector rather than the priorities of others.”

Murdo Fraser, for the Scottish Conservatives, says the decision “puts superstition before science.” Fraser warns that if the rest of the U.K. opts to encourage GM foods and Scotland does not, it will harm the country’s farming community.

“There are two specific issues here for Scotland: if the rest of the UK moves to encourage GM foods and Scotland doesn’t, our farmers will be at a competitive disadvantage, and secondly, a lot of our research institutes which are keen to pursue this technology will lose talent.”

Facts About Energy Drinks-What You Need To Know