All About Vitamin K

Vitamin K is essential for the blood to clot to repair injuries.

Whenever a person has a bleeding wound, it is the K vitamin that is present in the blood that stops the bleeding and enables most minor cuts to heal quickly.

There are three different forms of Vitamin K.

All three of these types of K vitamin end up in the liver where it is used to create the blood clotting substances. 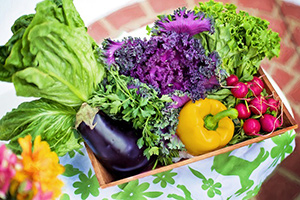 Apart from the main function of helping blood to clot, the K vitamin, specifically the Vitamin K1, has an important part to play in the bone building process. This K vitamin is required to retain the calcium in the bones and redistribute it to where it is needed.

Although a vitamin K deficiency is relatively rare there are certain groups of people who may suffer from it. Newborn babies may not have enough of the K vitamin as they have insufficient bacteria in their intestines to produce it. The majority of newborn babies in developed countries are therefore given a K vitamin injection to tide them over until the natural process takes over. That is the only time that a K vitamin supplement will be taken by most people throughout their lives. However, an extended course of antibiotics may lead to a K vitamin deficiency due to the fact that the antibiotics kill the intestinal bacteria as well as the ones that they are being taken to cure. Again, a K vitamin supplement may be given if the course of antibiotics has to continue for a long period of time.