Vitamin K Supplement: Do you really need it?

Vitamin K is a fat soluble vitamin that is essential for the blood to clot. 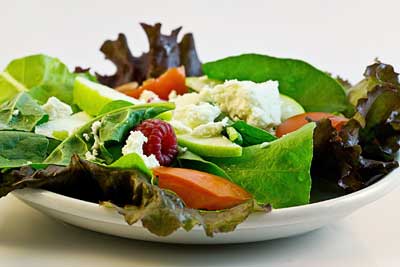 We will get a sufficient amount of vitamin K1, which can be found in plants if we eat a balanced diet. Our bodies also make a small amount of vitamin K2. Vitamin K1 is the main source of vitamin K. It is found in green leafy vegetables such as cabbage, spinach, broccoli, peas, beans, cereal and dairy products.

Deficiencies of vitamin K could cause heavy bleeding and even hemorrhage. Newborns are given a shot of a vitamin K supplement right after they are born. Only one shot is given and is used to prevent vitamin K deficiency bleeding.

Although a vitamin K deficiency can be very dangerous, it is also quite rare.
However, if vitamin K levels drop a certain amount, bleeding or hemorrhaging could occur. That doesn’t mean we should run out and get a vitamin K supplement because we have the opportunity to get all the vitamin K we need by eating a healthy diet.

Antibiotics may have an affect on the vitamin K2 that is produced by bacteria in our bodies. Since our major source of vitamin K is through dietary means, the vitamin K2 we might lose by taking certain antibiotics, aspirin or other medication would not produce a deficiency as long as we were getting the proper amount of vitamin K1, the kind we get from our food. As just one cup of spinach provides more than the RDA of vitamin K, there is no reason we should have a deficiency and need a vitamin K supplement.

There are certain medical conditions which would make it difficult for some people to consume the proper amount of vitamin K. As it is a fat soluble vitamin, if one has trouble absorbing fat in the diet, they may not be able to get enough vitamin K. In this instance, they would need a vitamin K supplement.

For those who do not have a condition that warrants a vitamin K supplement, they should rely on dietary intake of vitamin K only as levels above the RDA could build up in the body, as fat soluble vitamins do. This could eventually cause a toxic situation if combined with vitamin K3, which is the man-made vitamin K supplement.

In other words, for people who truly need the vitamin K supplement, it has its purpose but it should not be taken in its synthetic version unless the need is present. As far as vitamin K1, the kind found in food, our bodies can stand 500 times the RDA so we are not going to ingest too much vitamin K1. As usual, all things point to the balanced diet once again for healthy levels of the vitamins and nutrients our bodies need.

Nutrition For The Elderly

The Importance Of Fat Soluble Vitamins A, E, D and K