Alzheimer’s disease is mainly a brain disorder that involves the deterioration of mental functions. This illness mainly results from the gradual shrinking of brain tissues. This type of brain disorder is also known as dementia or diffuse -brain- atrophy.

The Causes and Symptoms of Alzheimer’s Disease

The actual cause of the disease is still unknown but several factors are believed to be responsible in the development of the brain disorder. The lack of neurochemical factors in the nerve cells is also one of the probable causes of this disease. 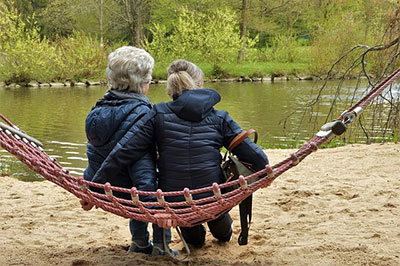 The genetics and aging problems are considered to be the main causes of Alzheimer’s disease. There are approximately nine out of ten thousand people affected with this malady and it is more often in women than in men. The disease primarily occurs in older people over the age of 65. However, there is very little chance for developing Alzheimer’s disease through inherited mutated genes.

The most common symptoms of the Alzheimer’s are as follows:

Impaired memory and thinking: The person feels difficulty in remembering very common things like his personal information, such as his place of birth or his occupation.

Problems with communication: The person gradually feels difficulty in recalling words or understanding the meanings of common words.

Disorientation and confusion: Patients may get lost in his own familiar place. Recognizing familiar places and situations becomes impossible for them. They even can’t understand simple commands or follow directions.

Poor and decreased judgment: The person feels difficulty in taking decisions. As the people affected are always in their own state of mind so they may also leave the house on a cold day without any winter garment or they may even go to the market wearing pajamas.

Changes in behavior and personality: Patients have the tendency to swing their moods rapidly. The patients may even feel dramatic changes in their personality and can become fearful, angry, quiet, etc.

Problems with abstract thinking: The person with Alzheimer’s disease loves to spend lots of time alone in some lonely place and shows less interest in interacting with other members of the family. They sometimes show symptoms of abstract thinking and also even feel difficulty in recognizing numbers or understanding what to do with them.