Asbestos was once called a conspiracy theory. 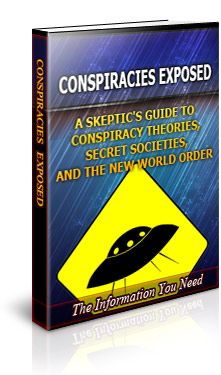 Nothing adds more fuel to the fire on the various conspiracy theories out there than when one is actually proven to be true. It puts a new spin on things and gives it lots of credibility that the “what if”thoughts out there may not be so far-fetched after all.

It also reduces the overall credibility of the people or the entity that were involved in the conspiracy theory that was proven to be true. For example, when it is a branch of the military or the government, everything else they do is closely scrutinized.

Just about everyone realizes the health risks involved with asbestos exposure. It can result in serious respiratory problems and also cause cancer. Claims of this outcome were started in the 1930’s with the first claims against the John’s Manville Company. It is now known that many manufacturers between 1930 and 1960 knew the risks to health of those around asbestos.

They did all they could to prevent that information from being discovered so that they didn’t have to pay money or face penalties in a court of law. In 1962, testing completed by Epidemiologists were able to confirm beyond any doubt that asbestos was dangerous. They were also able to prove that the bosses for several of the company’s had gone to great lengths to try to cover up that information.

Cancer and the pH miracle diet