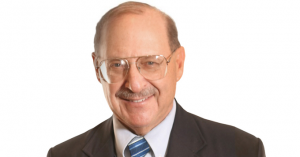 It has been said that diabetes is the number one shame of the “orthodox” doctors in the 20th and 21st centuries. Dr. Joel Wallach, a veterinarian who went on to qualify as a doctor, claims in his and co-author, Ma Lan’s book, ‘Dead Doctors Don’t Lie’, ‘diabetes is easy to prevent, easy to cure and treat so you can avoid all the terrible side effects (i.e., blindness, hypertension, amputations, early death, etc.) Since 1958, it has been known that supplemental chromium will prevent and treat diabetes as well as hypoglycemia.’

Never one for pulling his punches, Dr. Wallach went further by saying, ‘Here is the ultimate case of a whole specialty of medicine being wiped out by universal chromium supplementation but kept secret and away from the public for economic reasons!’

Chromium forms a compound in the body that seems to enhance the effects of insulin and lower glucose levels. Some studies have shown that chromium supplements may be helpful for people with type 2 diabetes and insulin resistance. There is limited information about the exact amount of chromium required, and what it does, as studies have so far produced conflicting results.

Very small amounts are necessary for human health and most people get enough chromium from food. Recent results suggest that chromium picolinate supplements may have benefits for some people, but experts recommend diet, rather than supplements, as the best source of chromium.

Foods that are good sources of chromium include:

Slender Fx™ Sweet Eze™ from Youngevity is formulated to nutritionally support blood sugar levels. It features chromium, plus the time-tested botanicals cinnamon, gymnema leaf, bitter melon fruit, and jambul seed. Sweet EzeTM is packed with chromium and vanadium to help the body metabolize sugar and may nutritionally assists the body with the regulation of blood sugar levels.

In its 2010 diabetes guidelines, the American Diabetes Association concluded that because studies have not definitively shown that chromium supplementation benefits people with diabetes or obesity, the association cannot recommend such supplementation. This determination was based on conflicting evidence from poorly controlled or uncontrolled studies. Similarly, the association concluded in its 2015 position statement that evidence is insufficient to support the routine use of supplements containing chromium and other micronutrients for glycemic control in people with diabetes. Additional research is needed to determine whether specific populations (e.g. ethnic background, obesity status, baseline insulin sensitivity, and medication use) might be more likely than others to benefit from chromium supplementation.

WARNING: If you are pregnant, nursing or taking medications, consult your healthcare professional before using these products.

I hope you gain some benefit from reading this short eBook. Many of the myths worry folks when they first become diagnosed as a diabetic.