Variety is the Key To A Great Celiac Diet

When I was England, I made friends with a social worker who had terrible irritable bowel syndrome – or so she thought. When she was diagnosed with Celiac Disease, she thought she was handicapped for the rest of her life. She needed to immediately go on a Celiac Diet, which meant nothing made from wheat flour, not even breading on fried fish fingers or brown gravy with her Sunday dinner. It also meant no pasta, no bread, no cookies and no beer. She had to constantly be on the alert for whatever went in her mouth, lest it have any traces of wheat, rye, oats or barley.

After a Couple Of Months

My friend and social worker kept at her new Celiac diet and after a couple of months lost weight, had brighter eyes and more energy. The first couple of months of her Celiac diet were the hardest, but after she felt so good, it was easy to keep at it. She helped supervise cooking classes for homeless and low income people (like me). We asked her what she was eating, and she brought in recipes from her Celiac diet. We concluded that she didn’t need any pity – she ate better than we did!

She could still eat rice, lean meats, beans, fruits, vegetables, flavored oils, nuts and popcorn. She turned more to salads than pasties or sandwiches; had her fish broiled with spices and lemon juice rather than in a heavy battered coating; had sweet and spicy curries and snacked on yogurt coated raisins and nuts. She even discovered some fruits and vegetables that she had turned her nose up as a kid now tasted exotic and delicious.

There’s Whole World Of Food Out There 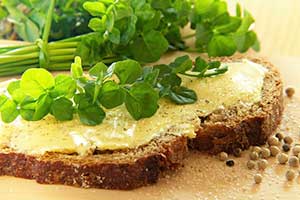 A Celiac diet is not the end of the world. We all really should be paying closer attention to what we shovel into our mouths. There’s nothing inherently wrong with bleached wheat flour, but it should not make up a dominant percentage of your diet. This is the same with saturated fats, protein or sugary foods. We need a wide variety of food in order to be healthy. Our bodies were made to eat seasonal food and to forage for whatever food wandered our way. By eating a varied diet, such as a gluten-free Celiac diet, we mimic more of what our bodies have evolved to eat.

Besides, life gets dull if you eat the same thing over and over again. The taste buds dull and you actually need MORE sugar and salt in order to taste anything. By going on a more varied diet, even a Celiac diet, your taste buds wake up to the textures and flavor mixes that are all out there ready to be tried.