A Guide to Infant Acid Reflux

Acid reflux is much more common in infants than most people think, and this is why learning about infant acid reflux, particularly if you are expecting or already have infants, is so incredibly important. There are many similarities between infant acid reflux and acid reflux in adults, and as well many differences. 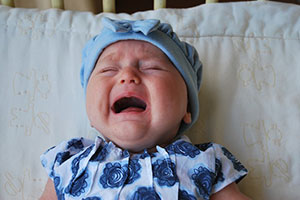 Infant acid reflux, which is also known as gastroesophageal reflux, is a very common problem, and in fact, more than half of all babies experience this acid reflux during the first few months of their life. Although it is most likely to occur after a feeding, it can be a problem at any time, especially any time that your baby coughs, cries or strains.

Infant acid reflux tends to resolve itself around six to twelve months into the child’s life, and so it is not considered as being incredibly serious, although it is sure to really bother both your infant and you because of the pain that your little one will be going through. If you have ever experienced acid reflux yourself before then you know just how painful it can be, and so thus you will have nothing but sympathy for your little one if they are suffering from infant acid reflux.

There are some signs and symptoms that will most likely be most noticeable if your baby does have an acid reflux problem, and one of the most common symptoms in an infant is them spitting up. You will notice that they are doing it more often than normal, or they may also be extremely irritable during feedings.

When it comes to causes, there are quite a few, the most common simply being the design of your little one’s insides. Normally the ring of muscle that is between the esophagus and the stomach relaxes and opens only when you swallow and otherwise it is tightly closed, however with an infant this muscle is not yet fully matured, and so the stomach contents tend to flow up into the esophagus and push liquid out of their mouth.

Although it is not really serious enough that you would need to do anything particularly out of the normal when it comes to treatment, and you should definitely speak to your family doctor before starting any type of treatment on your infant, just to make sure that you do not put them at any risk.