The Relationship between Alcohol and Panic Attack Experiences 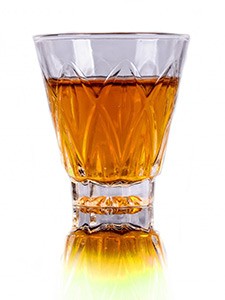 Alcohol and panic attack experiences; when it comes to chronic panic attack disorder, drinking is perhaps the worst thing a person could do.

Alcohol is considered a depressant, and most panic attack sufferers tend to be more susceptible to the effect of such chemicals. Drinking during a panic attack will not help calm a person down, nor will it help relax them and prevent an attack.

Most doctors will agree that alcohol and panic attack experiences do not mix. In fact one of the things a doctor will suggest to any newly diagnosed panic sufferer will be that they cut down on their alcohol consumption. The depressing effect of alcohol can lead to more frequent occurrences of panic. It can also lead to an increased chance of causing depression, which can just cause more problems for any panic sufferer.

In some cases the excess consumption of alcohol can be one of the main causes of frequent panic attacks. The depressing affect of the alcohol can cause a person to dwell on the unwanted stressors that trigger their panics. This only increases the likelihood of stronger, more frequent attacks; something most panic attack sufferers would prefer to do without.

Will just one Drink Hurt?

So now that we know the basic relationship between alcohol and panic attack experiences, does that mean that a panic attack sufferer is not allowed to drink? The answer is surprisingly, no. A person who experiences panic, even frequent panic, is not disallowed to drink. What is considered a no-no is the excessive use and abuse of alcohol. A drink or two to relax yourself is not a bad idea, it’s when a person takes their drinking too far that the real problems begin to arise. This excessive abuse of alcohol is what will trigger these increased panic problems, so the simple solution to this problem? Don’t drink too much.

Panic attacks are not fun, and once the relationship between alcohol and panic attack experiences are truly understood by a person, it will become apparent what they must do. Everyone has different limits, and different alcoholic thresholds. The key is to understand where your limit is and to not step over it. For most people suffering from chronic panic attacks, this limit will begin to become natural. Because as any panic sufferers can tell you, a panic attack is extremely unpleasant and it isn’t worth having even if it means passing up that extra drink.