Is Your Food Safe to Eat?

We have heard the media point fingers at China regarding the dangerous levels of the industrial chemical melamine detected not only in milk and eggs, but also in chicken feed and wheat gluten, meaning that melamine is almost impossible to avoid in processed foods. Melamine in baby formula has killed at least four infants in China and sickened tens of thousands more. 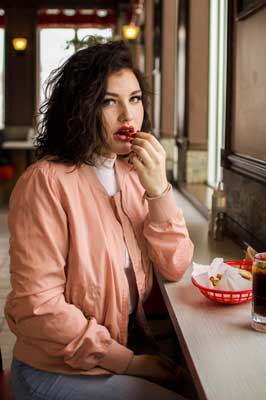 But, have you heard the media reporting about how much melamine has pervaded our own food system?

Chemical plants throughout the United States produce millions of pounds of melamine a year. It’s a common ingredient in cleaning products, waterproof plywood, plastic compounds, cement, ink and fire-retardant paint. Fertilizer companies commonly add melamine to their products because it helps control the rate at which nitrogen seeps into soil, thereby allowing the farmer to get more nutrient bang for the fertilizer buck. But the government doesn’t regulate how much melamine is applied to the soil. This melamine accumulates as salt crystals in the ground, tainting the soil through which American food sucks up American nutrients.

And, what about the melamine-laden wheat gluten found in animal feed? The United States imports most of its wheat gluten. Last year, for instance, the F.D.A. reported that millions of Americans had eaten chicken fattened on feed with melamine-tainted gluten imported from China. Around the same time, Tyson Foods slaughtered and processed hogs that had eaten melamine-contaminated feed. A week earlier, the F.D.A. had announced that thousands of cats and dogs had died from melamine-laden pet food.

Although the media keeps us distracted with all the reporting about the lax regulations in China, there is still the much larger relationship between industrial waste and American food production. If you don’t realize that American food producers might be influenced by the same profit motivation, you’re surely living in a cave. Regulations in America allow industries to “recycle” much of their waste into fertilizer and other products that form the basis of our domestic food supply.

The F.D.A. sets the legal limit for melamine in food at 2.5 parts per million. This 2.5 p.p.m. figure is calculated for a person weighing 132 pounds — a cautious benchmark given that the average adult weighs 150 to 180 pounds. What about infants who weigh much less? The higher exposure they may be subjected to could certainly contribute to the long-term kidney and liver problems that we know are caused by chronic exposure to melamine.