Almost everybody drinks energy drinks nowadays. It is drunk by nearly everyone, from college students crammed with their studies, athletes wishing to increase their performance, and office workers chasing deadlines. Kids have even begun to drink it like soda, unaware of the dangers it poses to their health. 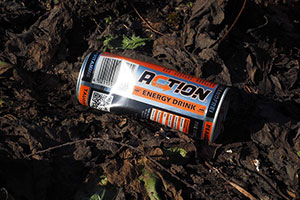 Caffeine in energy drinks are often in such concentrated amounts that they begin to be very dangerous for one’s health. Caffeine increases mental capacity and cognitive ability due to its ergogenic properties which stimulate the brain, although the effects are short-lived.

It’s not a wonder that many athletes and other sportsmen like the high amount of caffeine in energy drinks, seeing it as a means to improve their performance.

What most people are unaware of though is that caffeine is also a well known psychoactive substance. Caffeine is commonly used as an additive in sodas and other carbonated drinks, as well as a myriad of other foods in the market today. A lot of people consume ridiculously high amounts of caffeine in a day without even knowing it, and not all of that comes from caffeine in energy drinks, but from other common sources like fizzy drinks, coffee, and even tea.

Can caffeine in energy drinks really be that bad? Why is caffeine in energy drinks a common substance? These questions and related concerns are addressed by this article so keep on reading. A lot of sources online, especially reliable medical sites list a number of drinks which contain caffeine and their respective concentrations. You probably wouldn’t even know it, but diet soda like Coke Zero and other popular brands which are marketed as better alternatives to regular soda is in fact loaded with caffeine! Caffeine in energy drinks is even alarming since as much as 67 milligrams of caffeine is found in leading energy drinks such as Red Bull.

A vast number of energy drinks contain a concentration of caffeine equivalent to ten servings of cola, says Roland Griffiths of Johns Hopkins. If one gets dependent on such energy drinks to get them going all day, they would eventually become addicted to it. Symptoms of withdrawal such as headaches, migraines, and issues with temper is experienced the moment one discontinues the consumption of energy drinks.

Likewise, too much caffeine in the system would prevent the body from getting the sleep it needs to recover from fatigue. It is also typical to become jittery and have increased heart rate once you consume high amounts of caffeine.

Caffeine in energy drinks should be avoided as much as possible since it only temporarily provides the body quick shots of energy.