When certain types of arthritis affect the upper spine and cause pain in the neck, it is referred to as cervical arthritis, and with the passage of time, the pain may spread to the arms.

The development of this disease is also influenced by age, injury as well as poor posture. There are seven distinct vertebral bodies that comprise the cervical spine and are separated by intervertebral discs which support the neck and also give it flexibility.

Occurs With Deterioration Of The Cervical Vertebrae

Cervical arthritis is a result of cervical vertebrae in the neck deteriorating along with deterioration of the cartilage that gives it shock absorption, and a gradual constriction of the space on the vertebra results that causes extreme neck pain. A person above the age of fifty will experience a certain amount of wear and tear in the spine, though it need not degenerate into cervical arthritis.

The most common cause of cervical arthritis is usually injury or repeated trauma to the neck or back that could be due to recreational or work activities. An old football injury experienced many years ago can be a cause for cervical arthritis to appear, and if the cervical vertebrae and their discs start to degenerate, even a minor injury many years later is enough to provoke the symptoms. 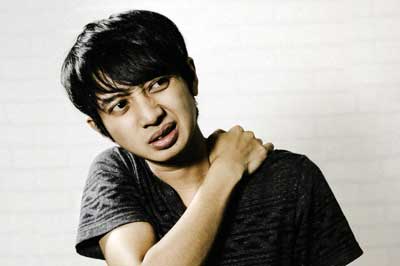 Some of the symptoms of cervical arthritis include chronic pain in the neck which can be due to nerve or spinal cord compression. Also, bony ridges often develop on the vertebrae due to arthritic change and thus reduce the space for the spinal cord, and limit movement of the neck. Muscle weakness, tenderness to the touch at the neck, stiffness which limits movement of the neck, headaches as well as loss of balance is other symptoms of cervical arthritis.

To treat the condition and to diagnose the chronic neck pain, doctors may need a number of different tests to check if the condition is cervical arthritis or not. X-rays may help to determine whether there has been degeneration of the vertebrae, and a myelogram with computer tomography scan can reveal a picture of the bone structure of the spine. In addition, a magnetic resonance imaging (MRI) scan will also help give doctors clearer pictures of soft tissues in the spine. These results need to be examined by an orthopedic surgeon, especially if the condition is severe.

The majority of cervical arthritis cases respond well to rest that is mixed with drug therapy as well as exercising. It is necessary for the patient to learn to rest his or her neck and this may require choosing pillows that are suited well for a particular general posture. Physical therapy may involve performing gentle neck exercises as well as improving posture to minimize the effects of cervical arthritis.

In extreme cases, such as severe cervical arthritis, surgery may be required, especially if the patient does not respond to conservative treatment. Orthopedic surgeons are the most suited for discussing the various types of procedures as well as the likely success of such cases.

Exercise Away Joint And Arthritis Pain

How To Manage Arthritis Pain