Fast Food And Obesity – The Epidemic 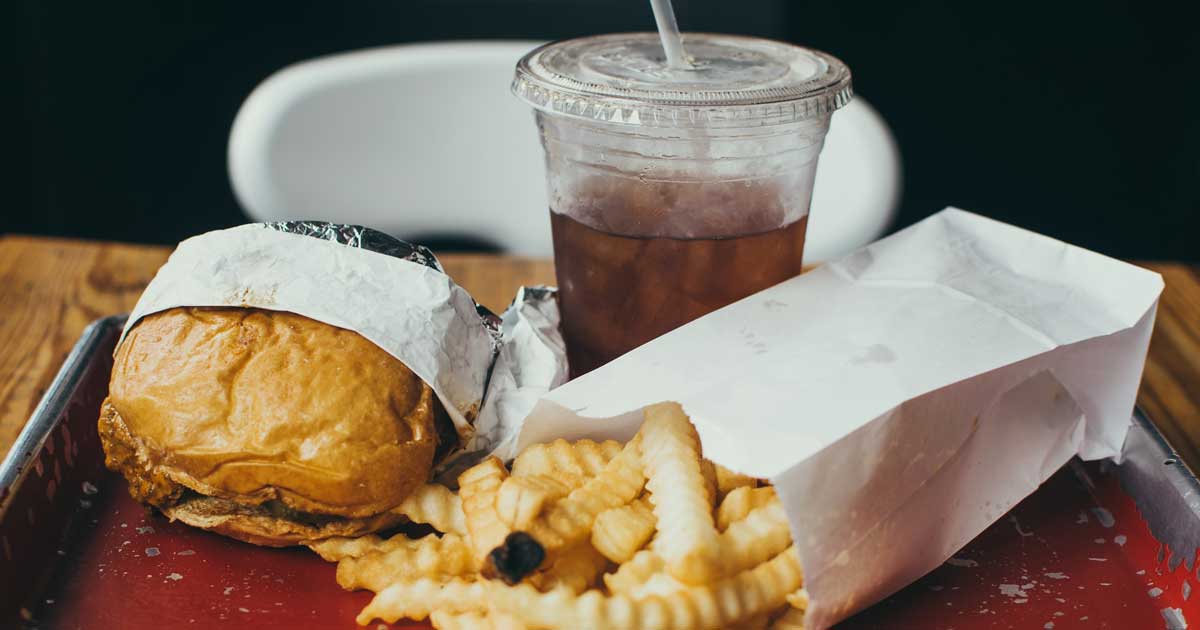 For many, fast food is a way of life. It is fast and easy to place your order, then pull up to the window and pick it up.

Breakfast might be a sausage and biscuit with an order of hash brown potatoes. The fast food biscuit is usually dripping with margarine, or even worse, lard. The amount of trans fat alone is enough to cause arterial damage. Lunch might consist of a ¼ pound bacon cheeseburger, an order of fries, and a drink. Tell them to super size that and you could easily consume over 1,600 calories for just one meal. That is more calories than most people need to eat for the entire day.

It is little wonder that fast food and obesity go hand in hand. The typical fast food meal consists of low quality carbohydrates, high levels of saturated fat, white bread, and a sugary soda. Fast food also has a relatively low fiber content. This eating pattern is exactly the opposite of what is recommended for optimal health. Experts on fast food and obesity say there is now an alarming rate of cardiovascular disease and diabetes in the United States. These numbers have continued to rise at an alarming rate during the past few years.

Studies have shown that eating as little as two fast food meals a week can increase the chances of obesity by 50%. Most people today eat fast food three or more times a week. Fast food is not only cheap and convenient, it tastes good, making it harder to resist. It contains high levels of sodium, oil, refined sugar, and refined flour. This combination alone can be harmful to your health as well as cause obesity.

Fast Food And Obesity – The Risk For Diabetes

Being overweight alone increases the risk of developing type II diabetes but studies show that consuming fast food on a regular basis adds to this risk. The high carbohydrate content of fast food puts an added strain on the body’s ability to produce insulin. With this continued strain the body loses the ability to produce the amount of insulin needed to deal with the high sugar levels produced after a meal.

Fast food and obesity usually goes hand in hand with a sedentary lifestyle. People are spending more time in front of the television and less time being active. Without activity we are unable to burn off the calories consumed during the course of the day. This leads to increased sugar levels and blocked arteries. Medical professionals say that fast food and obesity, along with a sedentary lifestyle, are rapidly becoming one of the top causes for type II diabetes and coronary artery disease.