Is Hypoglycemia Just Diabetes in Reverse?

Hypoglycemia is a medical term referring to a pathologic state produced by a lower than normal amount of sugar (glucose) in the blood. The term hypoglycemia literally means “low blood sugar”.

Hypoglycemia can produce a variety of symptoms and effects but the principal problems arise from an inadequate supply of glucose as fuel to the brain, resulting in impairment of function. Derangements of function can range from vaguely “feeling bad” to coma and (rarely) death. 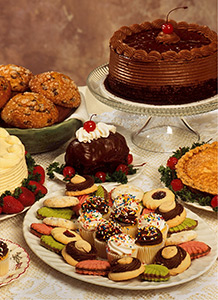 Hypoglycemia can arise from many causes, and can occur at any age. The most common forms of moderate and severe hypoglycemia occur as a complication of treatment of diabetes mellitus with insulin or oral medications.

Presence or absence of effects: are symptoms more important than the number?

Research in healthy adults shows that mental efficiency declines slightly but measurably as blood glucose falls below 65 mg/dl in many people. Hormonal defense mechanisms, adrenaline and glucagon, are activated as it drops below a threshold level which is about 55 mg/dl for most people, producing the typical symptoms of shakiness and dysphoria.

On the other hand, obvious impairment does not often occur until the glucose falls below 40 mg/dl, and up to 10% of the population may occasionally have glucose levels below 65 in the morning without apparent effects. Brain effects of hypoglycemia, termed neuroglycopenia, determine whether a given low glucose is a “problem” for that person, and hence some people tend to use the term hypoglycemia only when a moderately low glucose is accompanied by symptoms.

Diabetic hypoglycemia represents a special case with respect to the relationship of measured glucose and hypoglycemic symptoms for several reasons. Although home glucose meter readings are sometimes misleading, the probability that a low reading accompanied by symptoms represents real hypoglycemia is higher in a person who takes insulin.

For all of these reasons, people with diabetes usually use higher meter glucose thresholds to determine hypoglycemia.